Board Games I Want

If you know me then you know i LOOOVEEE board games.
Heres a list of board games that i want, but did not find in kuwait. 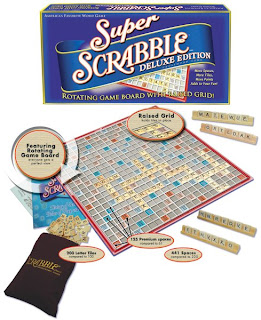 Super scrabble the deluxe edition.
Where you can actually turn the board and the letters wont slide all over the place! 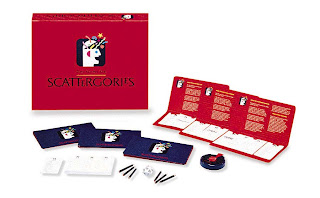 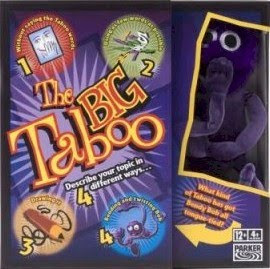 Not the regular one!
The one with bendy bob!
i love bendy bob!


What about you guys?
What board games do you like?

i love sequence! its kind of a board game and a cards game!

i love pictionary too... the game i suck the most in is scrabble but i like it

ame
not the version i want
they carry the regular every where
and fantasy world has the wooden deluxe version.
its too heavy!

shoosh
iv missed you too!

I used to play Monopoly and Cluedo and a little bit of Risk! Other than that I don't know any :D

HP
i played a lot of both as a kid too

Hi there. This is Alia. I hadn't seen you before on my blog so I checked you out!

Where this is not a board game, I have to suggest you look for a card game called:

It is a cross between Uno and Solitaire they say. Many people can play and it has been a lot of fun one on one with my kids and with my kids and my Mom when she was visiting Oman and with my BFF and her two kids, my two kids, her mother and me! Lots of fun. I got mine back home in America but it will be here soon!

Take care and come back and see me on my blog!

lili3
i havnt played that in a long while!

alia
i never heard of it before
but will check it out
thanks!

EU
yeah.. bas nothing else ba3ad?

ansam
yeah i saw that post!
bas sara7a i have no patients for playing the movies!

used to play it soooo much wen i was little, then i lost it madry wain or shlon :@

I'd KILL to get this Scrabble!!!

doona
akeed its stashed away somehwere.
you can easily find it. mawjooda all over the place

Amu
u should try taboo

We play Scrabble and Risk! Can't get enough of them when traveling!

marzouq
i have never played risk!
but i want to!

I love Guesstures!!
Have you played it before? IT'S AMAZING AND SO MUCH FUN!

And Taboo is a great game :D

nusy
any day any time!

So, am I the only one who likes Descent, Arkham Horror, Space Hulk, Doom, Tannhauser...etc Board games?

It's hard to find people in Kuwait who are into Board Games :(