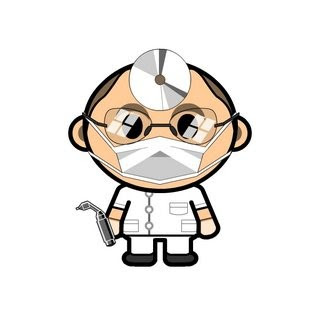 Remember when i asked you guys if i should work or not..

well i finally woke up at a decent hour and went to get my medical check up.

Blood tests, and Hep. vaccine , and the works.

My god! they send you from one place to the next

and im so not in the mood.

I dont know why you cant get everything done at the same place oo khalas!

Its a good thing weiner was here to take me

otherwise i would be unemployed forever.

All my friends are working, except fig whose taking care of her baby boy.

And all my university friends are getting married.

In a few weeks ill officially be the only bachelorett left in our group.

None of my high school friends tied the knot, but there all out of the country.

Im so going to die of boredom. Jobless and friendless.

My goal when i start working (not too soon i hope) is to be more social.

I doubt ill carry it out for long, but cant hurt to try.

Hiff i want to go to Europe god damn it but no one wants to travel !!
posted by eshda3wa at 12:00 AM

See, work is a must - builds personality and toughens one . Just get something decent so you don't get even more bored! as for friends getting married or moving away, what to do.. life is like that and you are social! and if you're up for it, let's go out or walk or come sit with the crazy group one day :)

work as soon as possible and meet some new friends, then convince them to travel with you !!!!

hope everything works out well

i want to travel. Meet me in italy? austria? france?

Just make sure to have more friends outside of work than in!

i think this year, I'll be only bachelor in my group...

I wanna travel! I just cant before April :-P

Work will keep you busy :-P I am telling you!

Everyone around me is getting married in 2009 shesalfa hehhe :)

Join the club :/
Everyone is at work / school
me 7oosing at home all alone !

Allah y3eenich, i don't know what i would do without my friends !! Hope you find a good friend at work 7abebti !

Good Luck in your New Job.

And I will travel to Europe with ya ^^

I say be social mn el7en coz when u work u'll be busy ;/ saway kelshay have as much fun as u can while u have the time :)

chika
meta 9ertay mami?
id love to see u again for sure!

TB
that is not as easy as it sounds

highrevver
where do i fond those friends?

Neoark
is that a good thing or a bad thing?

Ra-1
elthaher 09 is the year to get hitched

lostbusa
i doubt that, i dont think im looking to make friends as much as just keeping myself busy

yara
i have no one to be social with!

Hamza
dude
dubai is not a vacation destination!

yeah, those tests do take ages and they're definitely not worth it.

wish you the best of luck ;)

even sweeter
yalah when do u wana go?

seriously
i have an ejaza,, bs no one to travel with

F.
how about we get employed together?

LA
yalah when do u wana book the tickets?

i want to say bad thing... but concern of your reaction towards your own...

guess it's good, to live freely a bit more.

i wanna travel tooo! im sure ur gonna meet some new ppl at work :P although not sure how that will go bes inshalla khair lol XD


i get where ur coming from cuz all my friends have kids now and are too bz to do anything but take care of the little ones .. i manage tho, ur gonna be fine too x

well I finish Final exams on 5th of feb, and on the same day I will get a 10day extra leave from my work for completing 5 years of service. And Feb is a good time for me :D

Cheer up hun! Work will fill up the space. Take me with you to Europe *zara with pleading face*

well yay u 3al job hun oo u will become social, i did and that was a wonder of wonders hehe

well good luck o koonii 9aboorah... i'm sure you will enjoy the little stories that you will be told every thursday.. you will know what im talking about when you start..
hope to see you 9dfa dear colleague..and welcome to the real world;)

You'll never be lonely as long as we, your cyber friends, are here for you :)

Good luck in the new job, we all had to go through the pain of that medical check up.

I'm going to The Republic, and I'm not taking my bikini with me... come with? ;)

you probably wanna wear a abaya to hide all that fat :D

FB
im sure im gna be fine
its just i need to be entertained :p

G
feb it is

Shwaish
but im so antisocial!
hope it changes!

Hitman
dont even get me started on the check ups ele just a complete waste of everybodys time!!

Nino's
im going to get the abaya so u can wipe away all that snot and tears ur gna cry after ssing my hotness.
Prepare for poverty!

My own advice
Start working right away and you will regret all the unemployed days you spent!!


P.S. You have been awarded, check out my blog for details!

Enjoy your current state because once you start working you'd wish you never did. :P

you're gong to be a great dentist.. and you'll make lots of friends and never be bored again :p

yeah, ummm, u definately need a job... start working, its gonna keep you busy, bring in a tiny bit of cash for extra spending/saving, and then get you introduced to new people..

i would say start a business but i think you need a few years of work experience first... would work better... gluck..

hmm how about tomorrow ? ;p

sweetheart
i doubt that very much
n thanks for the award

Mac
everyone is saying that!!

Aurous
i hope so

Ruby
yeah why not?

ammaro
i need a few business classes under my belt

LOL! yeah that medical check up is weirdness! especially the lady who asks u how many soups do u have per day