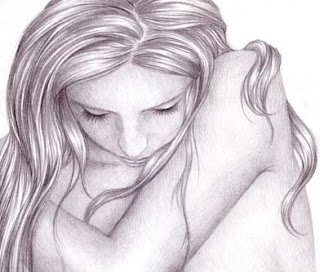 We spent a year trying to figure out what was wrong with her.

Taking her from one doctor to the next.

Everyone gave me a different view, opinion, a lead to follow.

It always amounted to nothing.

It got so bad, so severe, she started showing signs of kidney failure.

The first time I heard it I did not know what it was.

My daughter was starving herself to death.

That same week we flew her to a rehab clinic in london that specializes in children who suffer from anorexia and depression.

I did not want anyone to know.

My daughter was reduced to skin and bone.

All I wanted was for my daughter to get better.

To have a childhood devoid of battling demons.

Little did i know id be fighting a battle of a different kind.

I already felt responsible, and living in a small country like kuwait, news travels fast.

I was always bombarded with questions I could not answer.

you think i abuse my daughter

How could you let it get this bad.

I did not let it! I did not intentionally let my daugher whither away.

Peoples ignorance about anorexia was getting to me.

I felt attacked from every direction.

I was getting depressed and angry, but I couldnt deal with my emotions, I had to be strong for my daughter.

I dont know if I can go through this again.

I cant express my anguish because ill be judged. Branded a bad mother.

I already feel like one every time I look into my daughters eyes.

If I could take the desease and infect my mind with it I would.

If I could take my soul and breath it into my daughers body I would.

But I cant, theres nothing I can do except take her back to rehab.

The place that for a while helped her and gave her new ideas on how to hurt herself.

My hands are tied.

My heart is in constant pain.

I cant remember the last time I felt normal.

Not even happy, just normal.

*this is a true story as told by the girls mother*
posted by eshda3wa at 12:00 AM

why would she hide her daughter's disease i personally don;t think it's 3aib or 7aram, u never know who can help, actually it;s better if news spread fast in this case, unless it's taboo for them i dunno...Allah yashfeeha i hope she gets very well soon

this is soo bad =S

3asa allah inshalla efich theejtich, and you are not a bad mother.. in fact you're a good mother because you care for your daughter and thats all that matters.

kalam innas wayid oo maa ekhalis, so just do not listen to people,, detach yourself from negative people and their comments...

the most important thing is not to lose hope and not to show any emtions in front of her...

im really sorry to hear that this happened to your daughter..

I've had one anorexic girl as a patient, ukh its painful to look at them.

Keep it coming, the end justifies the means to this story and I want to know!

In the brain, there are hormones, that makes you happy, sad, angry, depressed.

and in females since they are more emotional, the amount of hormones been inject in the body slightly more than male.

however in this case, it seem her brain keeps giving her huge injection of depression, therefore the best solution isn't Rehab...

and 6abeeeb nafsy who knows his work and in field of depression, not someone who is making experiments.

Allah iy3eenha. Seeing a loved on self destruct is unfathomable to me. And eating disorders are extremely difficult to understand and empathize with. Allah yashfeeha wi8aweeha o'iy9aberhum. :'(

anon
i hope u sek help

There is Nothing Haram about it.. its an Illness..

OMG!! thank god it isnt you or anybody in the family!! allah yeshafy elkel ameeeeen!!!!
you scared me for reeeeeeeal!!!!

I think when she says and feels like that, it will make her stronger for her daughters sake :) I really believe that shes strong enough to help her daughter.

allah ekoon eb 3oan ahalha.. it's hard getting criticized by ppl for something that u can't control

omg some people are just soo closed minded ! .. there's no difference between anorexia or cancer or ulcers or even a bruise ..
bel3aks they should spread awarness about this .. because hal shaiy mb hayen .. btw haven't u noticed that we don't have rehab centers here in the GCC ? ya3nee it's weired ! ..
wala ana wayed ma8hoora cuz im just heart broken about this ! ... wallah 7aram ! .. bas allah ykoon fe 3oonha w 3oon umha inshalah ! ..

You caught her despair, her worry, her anguish, you caught it beautifully.

Children don't come with manuals. They keep secrets from their parents. And we blame ourselves, even if others don't blame us, we blame ourselves. There is nothing so heartbreaking as watching your children making self-destructive choices.

I had friends whose daughter had this problem. Even during the treatments, she was finding ways to sabotage them, to stay thin - and thinner.

TB
ameeen ya rab
thank u!

Batoul A
its an on going battle

She's 11! That's extremely sad, she's too young to be faced with problems like these. The poor mother, she shouldn't feel like a bad mother. :( Peer pressure can make you do many things that are bad for you. It's not her fault.

Sometimes the answer is too simple, just sms her mother about the anti-depression pills, no harm will be done if she took one pill.

nothing hurts more than seeing your loved ones suffer and this woman is no exception.

G.E.B
its one of the hardest things a person goes thru
allah la yable a7ad

There are a lot of people who are affected by this illness, and it's sad to see how ignorant some of us really are about it.

I wish everyone affected by this the strength to deal with it and to conquer it eventually.

lili3
i hope so

JE
yeah.. wouldnt want to be in that position

intlxpat
it is
and its so hard to understand!

Hottie
its not
but she still blames herself

ohh that was heart breaking!!;/

Anguish Resolution 09 When The Going Gets Tough National Tour Of Ancient Kuwait Shout Out : My Saudi Girls Things I Hate On A Man Dirty Little Secret BeGone BeGone Rashes BeGone :( If I Had A Heart Mission Cup Cake